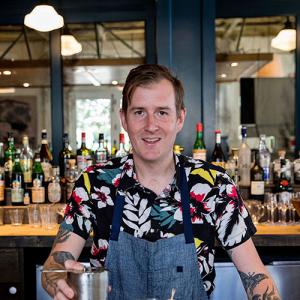 Brad moved to New York from Atlanta, GA in 2010, with the intent of pursuing a career in bartending. Brad lead the bartending team at La Birreria and worked at several other New York establishments, such as Roberta's, Grand Army, Lantern's Keep, and The Nomad. In 2016, Brad moved to Charleston with his girlfriend, Amanda, and their two pugs, Frank and Doug.